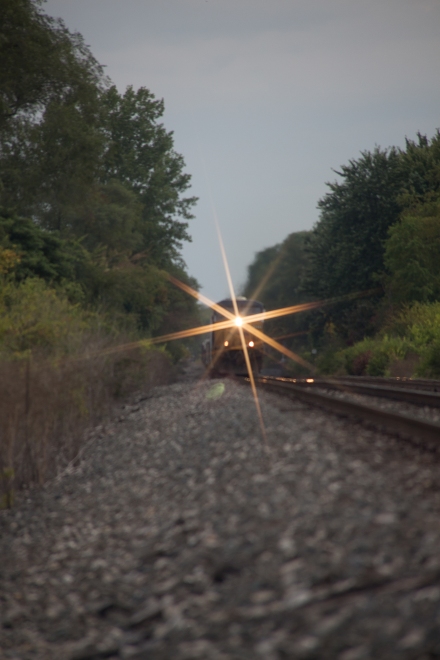 After I shot this photo, on tracks that I’m no stranger to, I am standing on them with camera and tripod in hand and I am approached by a local police officer.
Officer : “I received a call of a suspicious person taking photos and sitting on the tracks.”
Me : “Yes sir, that’s exactly what I was doing and I’m not suspicious, I’m a photographer.”
Officer : “What were you taking photos of?”
Me : (Dumbest blank stare I’m certain) “Trains….”
He asked for my id, ran my name for warrants, found I was clear. I asked if he would like for me to leave, as he was concerned about my safety (mine? Lol) , he asked if I had gotten  all the the shots I wanted  I said yes packed up my gear and was quietly on my way.

*sidenote* Generally I would not leave so easily but this particular train, the third one I saw, the conductor was hanging out the window frantically yelling at me to get back. He was the one who called the local police department.