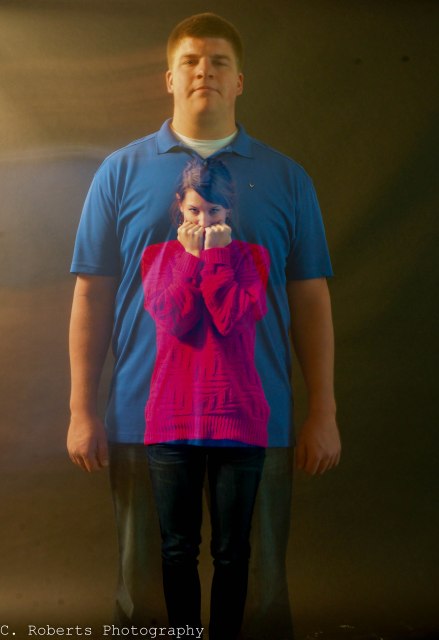 Today in photography class we had a lot of free time, so we went to the studio and Professor Foley let us do whatever we wanted. I suggested we do some transparency shots and we got some really fun results. It’s something I’ve done before, but it was fun to do it with a bunch of people. We also did some light painting which was really fun. It was a good class today and everyone had fun, and even Professor Foley was really enjoying it. 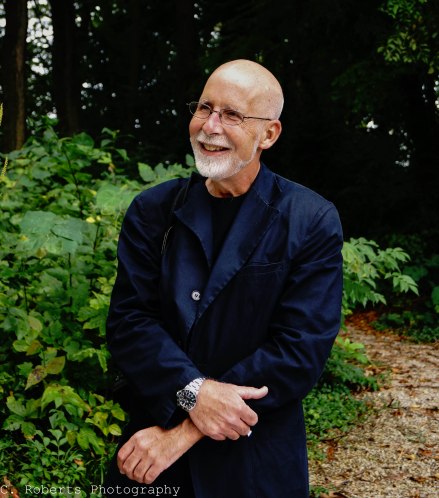 So this is an older photo, but there’s a reason I’m using this. Today when I went to my photography class, Professor Foley wasn’t there. It was odd because he is never late and always early. So we waited and ten minutes went by, then fifteen, then twenty and we got worried. This was completely unlike him, especially since we had a paper due and a test to take. So we tried calling him, no answer. We then contacted the rest of the art department and another professor got the police to check on him. They found and he was very disoriented and unwell. They took him to the hospital where they found he had a high fever and an infection. He is still in the hospital to my knowledge but is getting better. He was still kind of out of it and he has some memory loss but hopefully he will be better and back at it soon. Apparently the infection may have come from when he was bitten by a dog while trying to protect his dog, Sophie. It was very scary but he should be better soon. Keep this great guy in your thoughts and prayers. 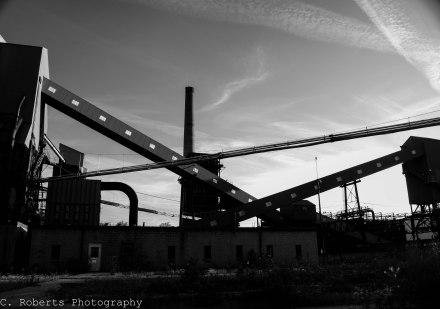 This place was a location in a not so good neighborhood that I had driven past a few times and wanted to get into so badly. But I didn’t want to get into it by myself. Me and Hannah had an assignment this weekend to pick a photographer and emulate their style. She wanted to do industrial photos and this place came into mind. So we hooked up with Brandy and KC and headed towards it. We couldn’t directly get to it. So we parked a ways away at a warehouse and walked along some train tracks, over a rickety trestle bridge, found a hole in the fence that surrounded the place and climbed through. This place was incredible. I’m pretty certain it is an abandoned coke factory and it looks like it has been around for quite a while. A lot of the buildings were very old brick buildings. We spent the evening here shooting the whole place. I think we all got some sick shots and then we headed out just before sunset. None of us wanted to be in there at night. I doubt this will be the last time we’ll visit this place. One thing I know for sure is that we went over and beyond to get industrial photos and our professor better be pleased with them. 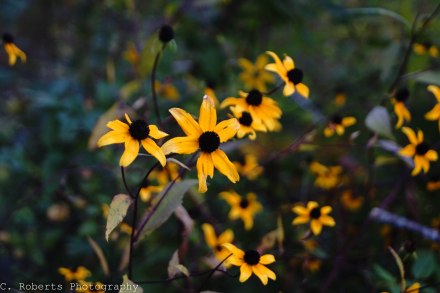 Today started off at about 5 a.m. with the most godawful fire alarm going off. We were forced to evacuate our building and stand outside for about a half hour waiting for one police officer, who showed up alarmingly late, to walk the entire building and find what was causing it to go off. It turned out to be an oven that was spewing black smoke, because apparently 5 a.m. is the ideal hour to bake. We got to go back in and then I was awakened at 9 a.m. to (surprise, surprise) another fire alarm. And I slept over my first class and missed the lecture over the next assignment. So today was a little bit rough, but hey here’s some pretty yellow flowers to cheer everyone up. 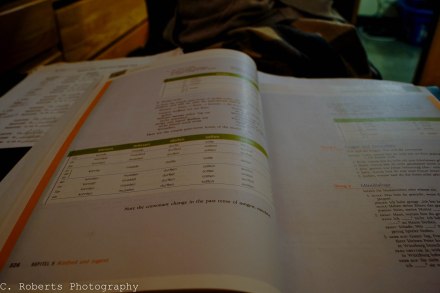 Today I have my first chapter test in German and it’s time to study. I’m not great at German, but I’m slowly learning and hoping to become fluent in it one of these days. This is one of my classes that I have put some of the most effort and time into to try to actually learn something. Hopefully this test goes well. 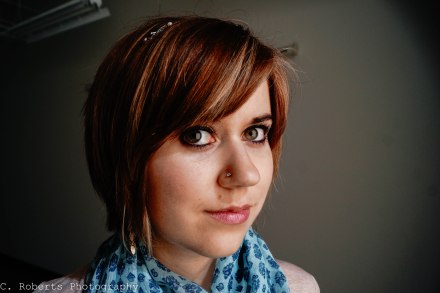 A portrait. A good portrait. Or so I thought. I liked this photo and several others I did of Hannah and Alyee. And when I presented them they got torn apart. So have a lot of my other photos, but for some reason it bugged me a little more this time. Maybe because I genuinely thought they were good. I don’t know. I’m not used to criticism. I’ve always just been told my work was good. And now I get told differently. But I can’t argue  with the criticism. I see the flaws. I see where I messed up and could have done better. Turn it this way, crop here, avoid that object, open up these shadows, step back, look this way, lighten it, darken it. I need it. But it certainly is a new experience. And that fall from the pedestal isn’t very fun. 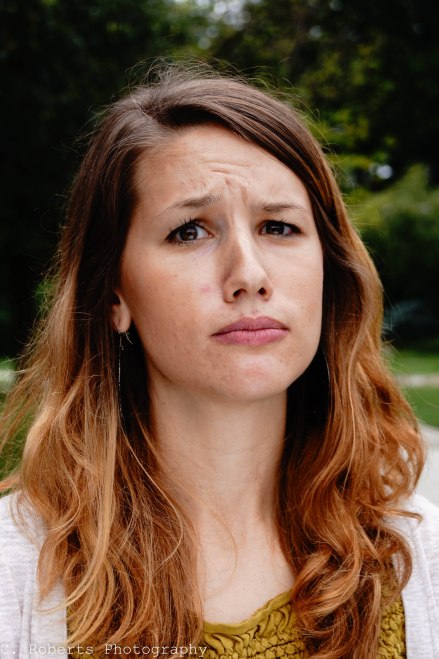 Today in class we were told to go take portraits outside. Now portraits are not really my thing. I’ve never been that good at them or that comfortable with taking them. But I’m starting to get better. And it was fun shooting different people today. Just as class was ending I asked  Alyee (another person in class) to let me get her picture. And I ended up with this, which was my favorite portrait of the day. 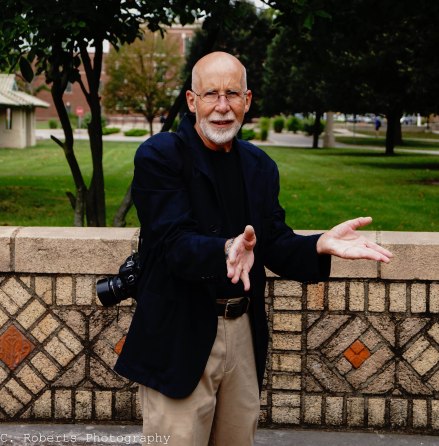 Today during photography we went out and shot some photos as a class. I normally don’t like shooting with lots of people, but I’m getting used to it. It does help me to be more comfortable shooting while people watch and focus on you. I got this shot while our professor was talking. He is a huge part of the reason of why I decided to got to Marian. If you haven’t ever heard of him he’s worth looking up. He has done some amazing things, seen some amazing things and shot a lot of amazing photos. And I love that I have the opportunity to learn from someone like him. 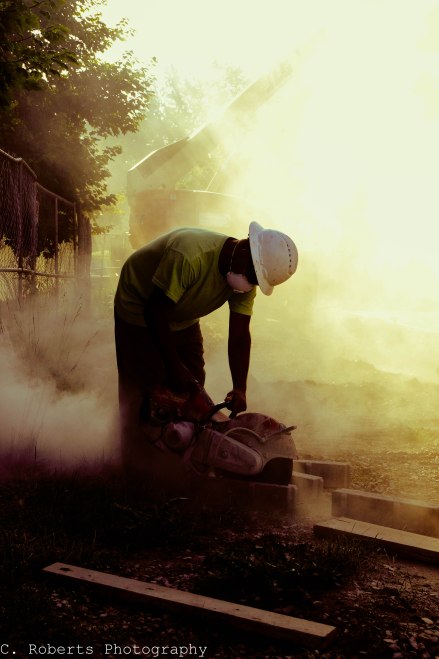 My photography professor told us to shoot twenty photos this week (not hard task for me) and told us we should shoot every day. I most definitely agree with him. He talked about how he shot every day and he’s been shooting since the 70’s. There are some days where I fail to make time for photos but I try my best to shoot as much as I can. One because it improves my skill and two because there are amazing photos waiting to be taken everywhere. So this morning I headed to class, camera in bag as always and I saw this guy. He was using this concrete saw to cut tiles and was creating a huge cloud of dust. And because I always have my camera I was able to get this shot. 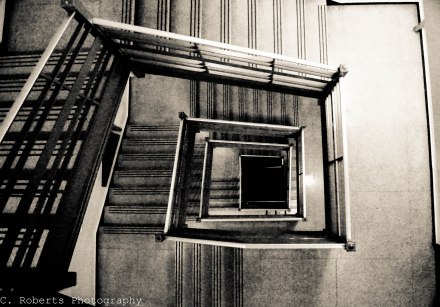 First day of classes. It’s an interesting feeling and much different than last year. Last year was the first year I had ever gone to a real classroom. So it was terrifyingly new. This year everything is familiar and different at the same time. New things to be learned in old classrooms and taught by professors I’ve already had. A new staircase in an old hall. New paths to be taken on sidewalks I’ve walked hundreds of times.