So today was interesting to say the least. It started off nice as some of my classes were canceled. I took one of the easiest Survey tests I have taken and then I got to go on a great date with Hannah. We went to the Georgia O’Keeffe exhibit at the IMA which was very nice and then we went out to dinner. I got to relax for a while and then I went to help a friend with a photography assignment. We had to practically move the studio to another building to set up her shot. In the middle of it though things took a different direction. I got a text saying Hannah was going to hospital with her parents. Which scared me to death. So I ran across campus and went to the hospital with her. It was an issue with her bleeding disorder and we had to go to the ER. For an emergency room they were quite slow and we didn’t leave until almost 3 a.m. In the middle of it all there were also shooter on the loose running around in the area of the hospital. It was a crazy day. It was scary too. I know it’s cliché, but you really find out how much you love someone in situations like this. Getting that text was one of the scariest things I got. I immediately started shaking. It luckily ended up not being anything all that serious, but still it was scary. You realize how important that person is. It was awful waiting and wondering what was going on. It was great to get out of there, knowing she was safe and okay. 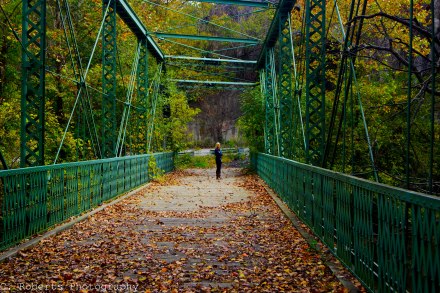 Today Brandy and KC’s movie,  The Chronicles of a Dead Man, was playing in the Indy Film Fest in Danville, which is Hannah’s hometown. So we got to show Brandy around Danville and get some pretty fun shots at the Twin Bridges. I also got to see Nick, Mary, Mom, Abbie and Hannah’s family too. It was a really fun day overall with family, good short films and some good shots.

Happiness is a mental or emotional state of well being characterized by positive or pleasant emotions going from contentment to intense joy.
I had a shoot at Holcomb Garden on Butlers campus, never been before so grabbed some grub, a recently woken soul, cheez-its & hit the middle most grassy point and sat. Watching people come and go. Small chatter of birds. The freshly dampened grass from the early morning. The screaming laughter of children.
Watching this little one run and play topped off the early afternoon. She was full of happiness. So simple, so innocent.